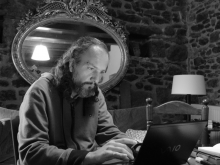 Artist and researcher in interactive communication. Associated professor and researcher of DigiDoc, in the Department of Communication at Pompeu Fabra University (UPF). His art work has been featured for its experimental poetry and critical approach to digital technologies. His research work has been published by British Computer Society, Academic Press, Fecyt, MACBA, MIT Press, among many others. He has collaborated with several artists, scientists, engineers, institutions and collectives with who he has developed pioneering platforms on electronic art such as Galeria Virtual (1993-2000), focused on the development of virtual reality within the art world; MACBA En Línea (1995-1997) focused on online art; M.A.L. (2011-2013) focused on art projects developed using locative media or the Master of Digital Arts, UPF (1995-2015), who co-directed from 2010 to 2015. His commitment to interdisciplinary culture (which he personally defends because of its anti-dogma potential and its civilised force), has led him toward the intersection among art, science, technology, critical thinking and society. 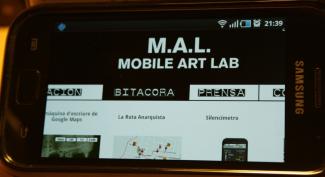 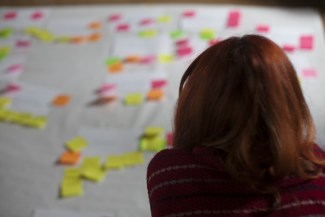