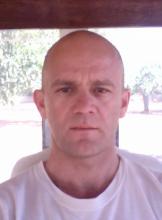 Dan Norton’s work focuses mainly on informational systems, considering the relation and the control through objects, movement and data. The purpose is to harmonise the impulse of acting, the desire to stimulate and the will to resist. Loops and consequences are used where the actions trigger events. A viewer may cram on electrons or just do nothing. Elaborating feedback drives to silence, as likely to the main guitarist always ends up deaf. Eye tracking, motion date, low resolution cameras, digital collections, sonorous and graphic trigger or public lighting are used. His work is showed in different areas such as Fine Arts, Cinema, Technology, Science and public spaces. His last works has been made or showed in British Council, Leonardo, IJART, ILI, Sonar + D, Heinrich Böll Fundación, y la Brot für die Welt. Currently he is a researcher in the Artificial Vision Group by Computer and an associate teacher in the Computer Science Department at Barcelona Autonomous University. 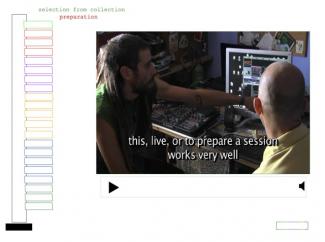 Mixing Up The Library

Dan Norton
This research project puts together creative practices with Information and Library Sciences. The research explores the value and potential of the Dj creative model to interact with information, collections and digital files.
read more